Coming towards the end of my two year iPhone 4 jail sentence, it was safe to say I was falling out of love with Apple. Whilst the honeymoon period did last a little longer than I expected, by the time my 24 months was up my app-happy fingers were itching for something new.

It’s not that the iPhone 4 is a bad phone, It’s not. But after 12 months of use and two or three OS upgrades, it just didn’t run as smoothly as it used to, not to mention the home button which almost completely stopped working – requiring that the phone be on a hard surface while i pushed on it with all my strength to get the home screen to load, and forget double pressing it – I just didn’t have the strength. Along with the physical flaws, the Apple App store no longer garnered the same excitement in me that it once had.

My contract finally ran out last month, paving the way for me to upgrade to a shiny new phone, and even with Apple’s new generation iPhone 5 out at the same time, I found the decision to switch a pretty easy one. I did a little research and a popular choice was emerging, the Galaxy S III with Google Ice Cream Sandwich. I took the plunge and upgraded, received my new phone and plunged into the Google Play app store for the first time… I wasn’t disappointed.

After using the phone and the Play store for just over a month, here’s my round up of my favorite Android based Apps.

The doubleTwist app is nothing new, offering Android users with an all-in-one music application. Thanks, however, to a recent software update, the app now features what the company has dubbed “iTunes for Android” which supports Apple’s open AirPlay media streaming technology – meaning those with Apple TV can control and send media to their Apple TV device from their Android phone. The feature allows users to sync all of their music, movies and media wirelessly to all AirPlay devices and automatically adds any new music purchases to your iTunes library. As an added bonus, the app also supports DLNA devices such as the Xbox 360, Google TV and the Sony Play Station 3.

In my opinion Google have really missed a trick in not getting a web version of Google Analytics working properly on mobile devices, you can get to it, but it’s not a pleasant experience. gAnalytics does a relatively good job of bridging the gap, there’s nothing terribly complex here, and you can’t get to every aspect of your web stats, but it does provide a nice slick and fast interface, with quick access to your top level reports. It also makes generating and sharing reports really simple, with just one click.

Click on the app image to visit the app in the Google Play store!

A great app, when it works. What the Font is a service doing pretty much what it says on the tin. You take a picture of some text on your phone, upload it to the app which then tries to figure out what font it it, or at least offer some best matches. It’s a bit hit and miss, but when it works its spectacular. I typically use it for a little inspiration, don’t expect too much and you won’t be disappointed. 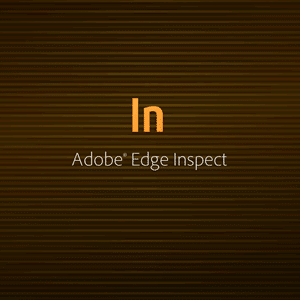 When Adobe do it right, they REALLY do it right. Edge Inspect is geared towards web developers & designers who work on mobile web projects. It allows you to pair up all your devices, iPad, iPhone, Android Tablet etc etc and have them browse in sync with your main computer. It allows you to perform remote inspection and debugging so you can see the HTML/CSS/Java changes instantly on all the devices. The app requires the corresponding desktop software to work.

AVG Antivirus Free is the free alternative to the companies premium app. I’ve never tried the premium version, and honestly I can’t see why anyone would when the free version is so comprehensive. The app sits in the background effortlessly scanning files as they’re downloaded to the device and keeping things tidy. You can easily scan the device or perform a quick tune up too. The app comes with an app manager and a range of other features to keep your device healthy. Probably even cooler than all that is the tracking capability, which has everything that Apple’s “Find My Iphone” system has, the ability to view where the phone is on a map, remotely lock or wipe it, display a message on screen or make the device make a noise so you can find it, even if it’s on silent!

Not the most exciting of apps i know, but I use this app probably more than any other. It’s super fast and keeps me connected to clients and colleagues when i’m on the move. Off all the apps in my top 12, I literally could not do without it. The only real downside I’ve come across is that it eats data, so be careful if you’re on a limited data package, even simple text chat’s seem to push the data up and up as the month goes by.

Quite simply, Brilliant! WhatsApp is available on virtually all modern mobile devices, and offers the ability to chat, send pictures and video just like you would in a text message, only it’s all done over 3G, and this included in your data package. No more costly MMS messages! Not sure the mobile networks were very happy about this one but it seems to be here to stay. Download it, authorize your phone by receiving a text and inputting the code and you’re ready to you.

This FREE internet radio app offers FREE streaming music direct your phone over your data network, best for users with an unlimited data plan, it’s the most reliable internet radio app on android. Pandora has a huge song database, and you can start, pause, skip and bookmark songs, the audio quality is exceptional and the album cover art to accompany the song your listening too is high quality – which is nice! With the free version you can skip up to a maximum of 6 songs per hour, but the station is customized to your taste so that should be plenty! The android version is every bit as slick as it’s iOS counter part, and in my opinion, the album art looks great on the giant S III screen, by comparison to the rather narrow iPhone 5 screen. 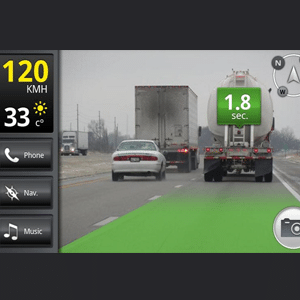 What the hell is this you might ask! Well the current buzz about augmented reality has paved the way for apps like this. An app which enables your phone to help drive your car, offering helpful saftey alerts at appropriate time, and tracking and preempting dangers which might be looming. It’s not the most accurate thing in the world, but it is free, and it is cool, definitely worth a download, just mind you don’t get to distracted playing with it, it can’t warn you against your own stupidity. 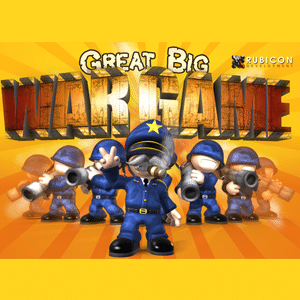 Awesome! Awesome! Awesome! This is just one of those games that’ll keep you going for hours. It’s only a few pounds to buy and it’s worth every penny. Basically, they’ve taken Worms, smooshed it together with Red Alert, given it some slick smooth 3D and created an absolute beauty. The game is turn based, and you move each of your units towards the enemy during your turn, attacking or planting guns and towers where appropriate and earning money through oil towers, which allows you to buy more units. There’s loads of missions to runt through and several different modes, this game makes train journeys a pleasure – and I’ve said it before, and I’ll say it again, It’s stunning on the larger screen phones.

Most regular gamers, have probably played a Kairosoft game by now, they pretty much own the sim management section in both the Apple App store and Google Play store.  No list would be complete without at least one of their titles. I’m going with Venture Towns, a city building sim which puts you in charge of your very own Utopia. You build your thriving metropolis from the ground up. You have a great range of properties to chose from, building houses, stores, mansions and office blocks. Watch as your citizens upgrade their properties and buy pets and cars too! You might even spot the occasional lottery winner!! You can gain combos by grouping certain businesses together to get extra bonuses and progress faster. This is a real time waster, you’ll have hours of fun just watching your city grow. 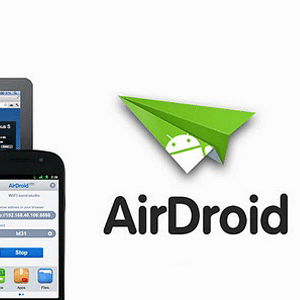 I’m a little bias, as I own a Macbook Pro, and needed somthing smooth and simple to bridge the gap between my Samsung Galaxy s III and the Mac – unlike the PC, you can’t simply plugin and access the phone like any other drive. Air Droid makes this process remarkably simple on mac. Simply connect the Mac and the phone to the same network, then open up http://web.airdroid.com on your Macbook. Open up the app on your phone and hit connect, then boom – you’ll see a lovely slick interface pop open in your web browser, from there you can drop files onto your phone from your Mac, edit/ delete apps, access contents, make changes – do pretty much anything you want. It’s stunning, and effortlessly functional. A must for any Mac User with an Android phone!

Disagree? Got an app you think should be added to the list? Leave a comment below and let me know!

Protect your privacy on Facebook from intrusive apps with MyPermissions!
The Big Bang Web Designer's Resource Pack
The Best Musical Accompaniment to Your Freelance Work
Batten Down the Hatches: Google's Mobilegeddon is Coming

Welcome To My Blog!

Thanks for stopping by. My name is...

I make a great living working from home as a Freelance Web Designer.

I work hard and I treasure my time at home. I’ll teach you how you can do it too.

You can track me down on...

Get My Latest Posts

Sign up to my newsletter to get the latest blog updates direct to your inbox!