(TIA) This Is Africa

We arrived in Cape Town 4 days ago, concluding our Acacia tour through South Africa, Zambia and Namibia. We said goodbye to a few new close friends and good riddance to a few others ;-)… after 25 days in a tent a 6 bedroom shared hostel dorm room has never looked so good.

We are currently sitting in a cafe having just had a mini breakfast for 25 South African Rand (about £1.96) which included a bottomless coffee… so having finished what literally was half a breakfast we’re now trying to stretch out the bottomless coffee long enough to add this long overdue update to our travel blog… using a wifi connection the Owner of the cafe apparently doesn’t know she has…

So we haven’t updated the site since we left Zambia (Victoria Falls etc) and since then we’ve been through the beautiful but rather baron country – Namibia. We spent a night under the stars next to a huge (think Ayers rock) granite rock formation in the middle of the Namib Desert – This was quite simply… COLD! Strangely Namibia was hyped to be the hottest part of the trip.. but by a long way it was outshone by Botswana in terms of heat.. There were times in Botswana where i think we were actually melting to the bus. 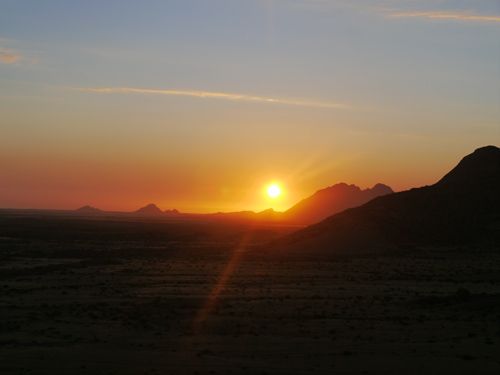 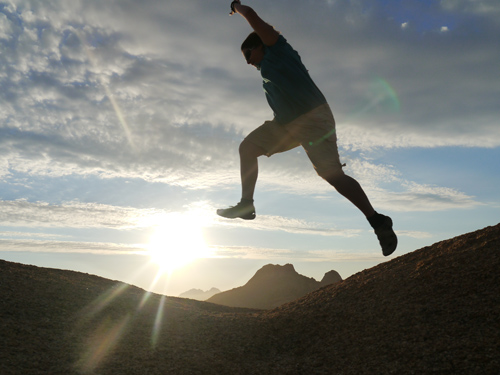 Following our Night under the stars we trekked deeper into the Namib desert where we met some of the local San People, indigenous people who still live in the desert by the same traditions as their ancestors – even speaking their original native “click” language – Ben especially enjoyed the boobs… sooooo many boobs. They took us on a desert walk and showed us some of the local plants and means of getting food and water.. we couldn’t understand much of what they said but it was fascinating to watch none the less. They had a few very young babies with them too, i think Tam was trying to strike up a deal to keep one… but Ben didn’t have enough Cigarettes to trade with them. Interestingly they didnt speak a word of English until we offered them a Cigarette each, when the oldest lady there all of sudden was able to shout, NO! TWO!  Needless to say we ended up giving them all the Cigarettes… but Tamara didn’t get a baby :-(.

Next was Swakopmond… the most Deserty part of the trip… the place was like the scenes from Aladdin… Dunes, miles and miles of Sand Dunes in every direction… and we found sand would reach places we didn’t even know we had – washing clothes at this point was a completely futile task… impossible to keep the sand out. Whilst in Swakopmond we really packed it in, we had a rather posh meal at the end of the pier and a beautiful seafood place (i say posh, but i don’t mean expensive). Parts of the floor were made of glass so it was possible to watch the crashing waves below our feet as we tucked into some great fish. We also took a trip out deep into the Dunes to try our hand at Sandboarding… Tamara even managed to stand up, and Ben did a 720 backflip from the kicker at the very top… he wasn’t injured… badly. Whilst we were blasting down the dunes (or crawling on all fours in Tam’s case) NBC News turned up with all their filming equipment as part of a documentary on extreme sports in Namibia.. so Ben and Tam are now famous in the US for their extreme sandboarding… they also got interviewed… Tamara forgot how to speak mid sentence and Ben spent the entire time stroking his guns… pressure does strange things to you apparently.

Next up was the second most dangerous sport in Namibia, Quad Biking at 50mph around the Namib desert, truly amazing, 2 hours and psychotic gear-head with a death wish and a hangover leading you up and down, in and out, side to side around the steepest and most wild dunes on the desert. Tam only got stuck once… oh wait no, twice… joking aside, the views were spectacular, getting completely lost in the middle of the beautiful desert, nothing in any direction but miles and miles of dunes.. we both agreed this was a highlight of the tour so far.

Leaving Namibia, and our last stop on the tour before we arrived in Cape Town was in the South African Highlanders Vinyard.. we sat on the side of the mountain deep in picturesque valley overlooking the local vinyards and tasting some amazing South African wines and watching the sun set over the mountain. (Ste, Ma… Jealous much ;-p)… we then proceeded to get absolutely plastered, then Ben and another equally immature guy, also named Ben climbed on top of the tour truck and pulled their pants down… Tamara was so proud.

Finally we arrived in Cape Town, and took a township tour around the local ghettos and shanti towns, met some of the locals and had some more awful home brewed South African beer… served straight out of a VAT and shared amongst 20 people. After the tour we went for dinner at a South African club/ dinner venue… not the most hygienic of places, but a very cool atmosphere. Finally we all split off and went to our separate hostels.. closing the tour. 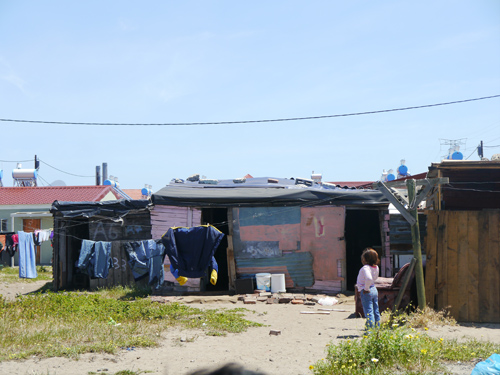 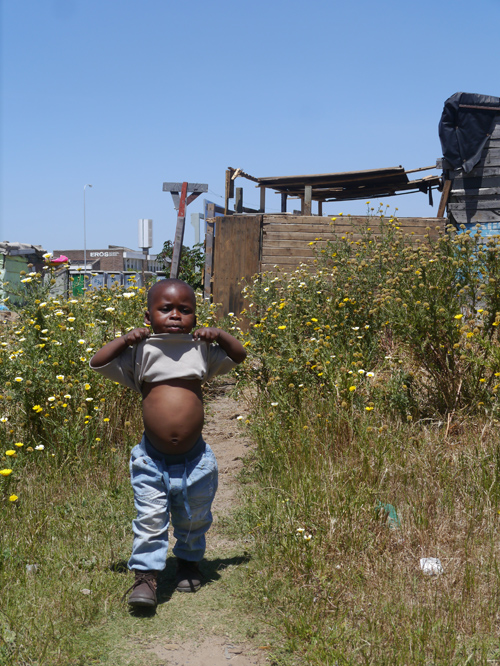 We later met up with Dean and Jenny, another couple we really hit it off with (maybe because they were one of the few normal people on the bus with us) Ben & Dean had a really “special” relationship. We all climbed Table Mountain together  (Pfft… yeah right, Tam wouldn’t climb it.. we got the Cable Car) and watched the sunset go down over the Cape. Stunning.

We’re catching our flight to Australia in about 2 hours time… Goodbye Africa, you’ve been amazing.