← (TIA) This Is Africa
Surfers Paradise, Goldcoast & a lot of theme parks! (With Video!) → 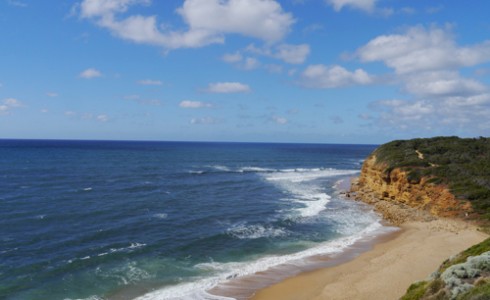 So we’re well overdue for a blog post, we know… but Australia has just been way to much fun… plus we’ve the added luxury of having our own room, a television and two beautiful dogs to keep us entertained when we’re trying to avoid spending money…

We’re currently staying in Seaford, VIC, Australia, about a 40 minute train ride from central Melbourne. An old friend whom we both met on an American summer camp in 2007 was kind enough to take us in for the duration of our stay here down under.

This post will be the start of some much needed catching up we need to do! So kicking off was our tour of the Great Ocean Road and the Grampians National Park.

We booked a tour on an Australian social shopping site called Trip-A-Deal, cheap as chips for a cracking 2 day tour, lead by a tour guide who reminded us of a great teacher you just can’t help but listen to, we left Melbourne and began driving along the Great Ocean Road. The Great Ocean Road spans for 151 miles along the south-eastern coast of Australia. The road was built by returned soldiers between 1919 and 1932, and is the world’s largest war memorial; dedicated to casualties of World War 1.

After a pit stop a few hours in, we took some time to look around at the local wildlife, we saw a Koala in a tree, then our guide came over with some seed mix, a little strange we thought, as we got the fear that our all inclusive tour meant we got to eat seed mix instead of real food.. but no it was for the local wild parrots, to which Tam became very well acquainted… 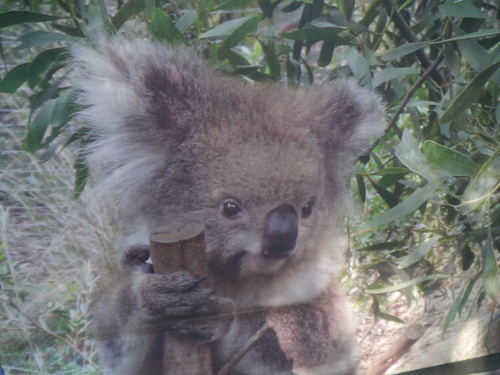 We stopped at various beaches along the way, but probably the most impressive coastal view we found was the twelve apostles limestone stacks just of the shores of Port Campbell National Park. To spite the name there are actually only 8 apostles visible, the rest either being lost to the seas or eroded by the weather, however they were really magnificent.

That night we stayed in a hostel in the Grampians National Park named Joe’s Other Beds, apparently Joe’s Beds is reserved for the priority class trips. The next morning we got dragged out of bed at 6am to hike up one of the sandstone mountain ranges to take a look at the view. The Grampians National Park is a world heritage site, primarily down to it being one of the richest indigenous rock art sites in south-eastern Australia. The weather wasn’t great but we trooped on, visiting the famous Jaws of Death rock formation and the infamous Halls Gap. 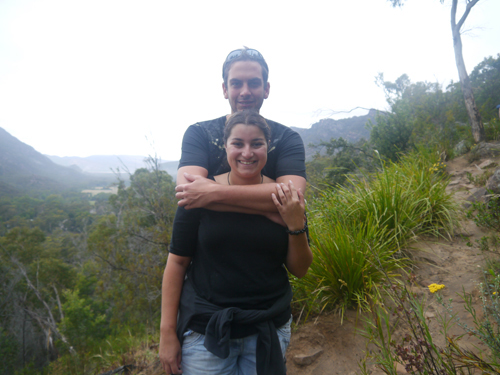 Finally to top of our tour we took a tour of a local winery – Bests Great Western – with a free sampling of the wine, no prizes for guessing that we spent the final few hours on the coach back to Melbourne fast asleep.

← (TIA) This Is Africa
Surfers Paradise, Goldcoast & a lot of theme parks! (With Video!) →