← A fond fairwell to Australia & fireworks in Sydney on New Years Eve
LA, San Fransisco & a new member of the RV Family →

Bula! If you don’t shout this at the locals you don’t get dinner.  No lie.  Our Fijian adventure started with a long ass boat ride to the outer Yasawa island of Coral view.  Little did we know but we would become quite acquainted with boats especially our transfer vessel- The Cheetah-neither fast nor graceful.

Coral view had a strict no drinking your own alcohol policy with a hefty $50 fine.  We definitely did not sneak in 2 bottles of wine and a 6 pack of beer, close the curtains and drink it all. 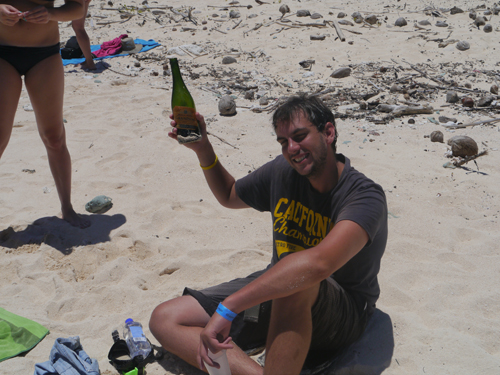 The next morning we were off to some nearby caves on another island.  We climbed down some steps and into a giant rock pool and watched the locals climb the walls and jump off.  Next we were informed to swim into the next cave which involved swimming under water in the pitch black through an under water tunnel.  It was a this point I chickened out and Ben went for it.  He informs me it was like a pitch black underground cold cavern with fantastic acoustics.  We spent the rest of the afternoon back on our island lying by the beach and balancing in the hammocks.

We had a slight hiccup with the room ie it leaked when it rained but it’s impossible to be unhappy in Fiji. On the last afternoon in Coral view Ben decided he wanted to go for a ‘stroll’.  Thinking he meant a nice wander to the beach I donned a pair of my favourite form of footwear…my flip flops.  Unfortunately this ‘stroll’ turned out to be an actual hike up a mountain (and everyone knows how much I love these!) ,through a jungle.  As mentioned before the island has just experienced monsoon rain so it was very muddy and difficult to climb especially as it appeared that not many tourists do this trek as it was heavily overgrown….it was all very Indiana Jones!  At the top we saw some huge spiders which made the walk down all the more worrying.  I ended up walking down bare foot through the mud as my flip flops broke, holding back the tears and getting very mad at Ben.  So much for a romantic stroll along the beach! 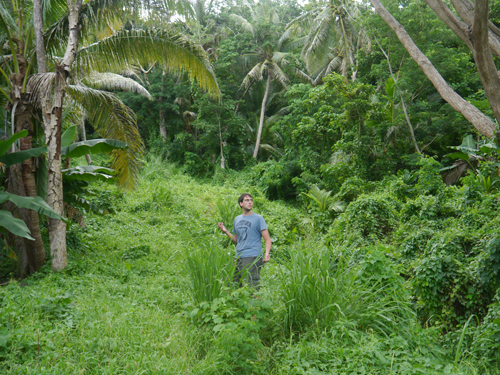 Next up it was Korovou Island Resort, a smaller Island than Coral View but when we spotted the pool our eyes lit up! Unfortunately, the rain followed us from Coral View and when it rains in Fiji.. it monsoons! As such, this island was a bit of a write off, we spent some time in the room watching movies and briefly to jump onto the internet to contact home.. unfortunately getting the internet to a remote island in Fiji is presumably a costly exercise, reflected in the $30 / hour price!

We left Korovou, damp luggage in tow and headed for our Next destination – Kuata.. unfortunately during the trip, the weather worsened and the swell of the ocean meant the Cheetah was bounced around in the ocean waves like a cork bobbing up and down.. the captain handed out Sickbags, thankfully, neither of us needed to use them, although safe to say neither of us found our sea legs. 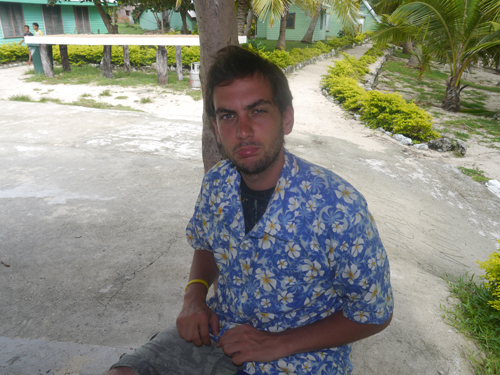 Things took a turn for the better upon landing at Kuata island. The sun broke through the clouds and we got our first real glimpse of the island paradise surrounding us and I managed to severely burn my bottom 🙁  Thank goodness that Ben’s mum packed some lovely Aloe Vera gel…this saved my bum!

We spent two days at Kuata island, lazing by the beach, and befriending the locals and the 9 other guests staying on the Island. A favorite past time in Fiji is to drink Kava after sun down, often these Kava drinking sessions last until the early hours of the morning, with everyone sharing stories and playing a little guitar. 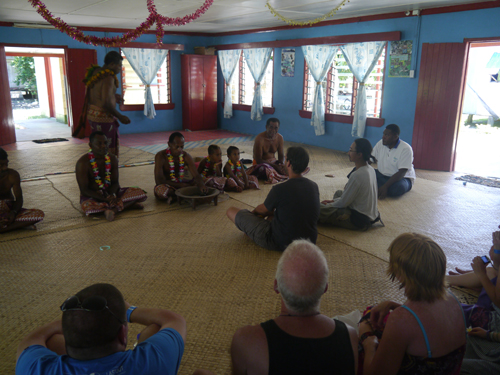 Of all the islands we visited, Kuata was probably our favorite, not particularly because of the facilities (electric was only available a few hours each day and no hot water) but because we really made friends with the locals there, and the Snorkeling, was sensational! On the first night we had a crab race.  The locals found a selection of different crabs and we had to choose one.  I chose a small nippy looking fellow and named it Speedy.  Well Speedy lived up to his name and won every race in 5 heats and we won some beers.  Let’s raise a glass for Speedy…hip hip hooray! 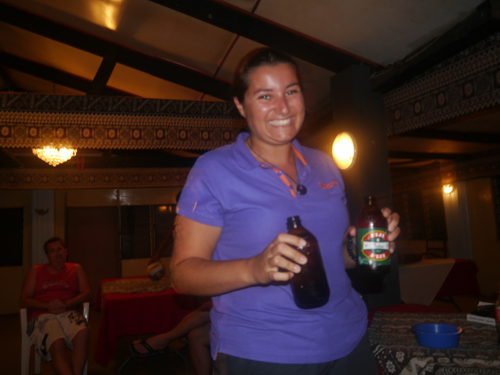 On one of the days we took a boat out to Shark Reef, where we donned snorkels and jumped into the tumultuous sea. We dived down and took in the awesome sea life, true to it’s name, we saw three reef sharks, about the size of a Dyson vacuum cleaner, they were very inquisitive and pretty frisky, coming right up to us and allowing us to touch them as they swam by, our guide even grabbed hold of a couple of them, not sure how much they appreciated that, but he had no obvious scars.  Only after we got out the water wearing just our swim suits did they tell us there might have been baby jelly fish floating around….that’s what all the stings were…ouch 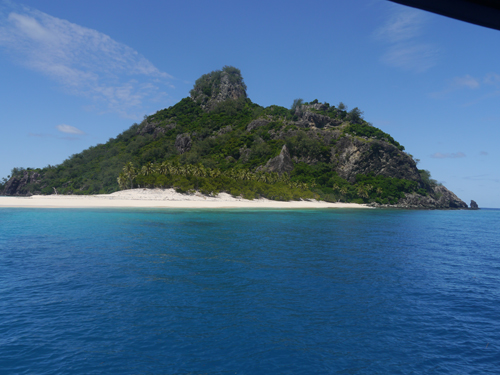 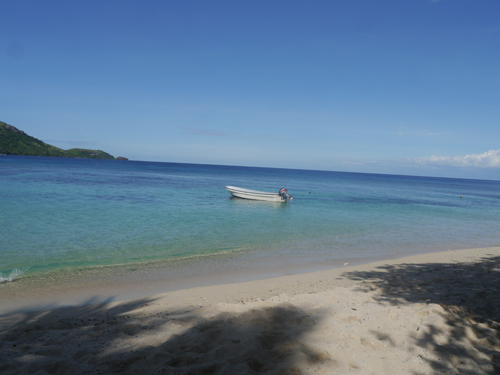 We left Kuata island and headed for our next destination, Bounty Island. The closest to the mainland and as such was the most luxurious, 24 hour electricity, hot and cold water, air conditioning, a fridge and tea and coffee making facilities.. it really is the small things :-). The hut we stayed in was right on the beach, no more than 10 steps to the sea, a real tropical paradise.

The following day we took an all you could drink cruise (we drank the boat dry) round the nearby Mamanuka islands, featuring a stop at Monuriki Island, the place where Cast Away was filmed… We looked around for Wilson but unfortunately we couldn’t find him.. shame. 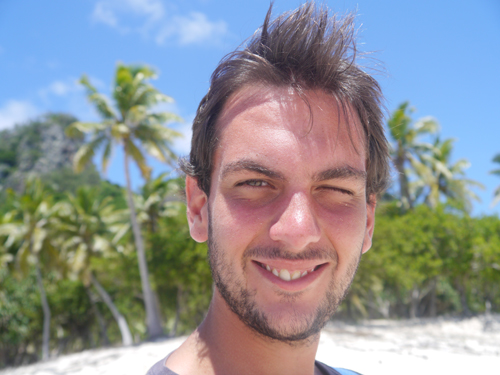 ← A fond fairwell to Australia & fireworks in Sydney on New Years Eve
LA, San Fransisco & a new member of the RV Family →