Drink diving on the Island of Sin 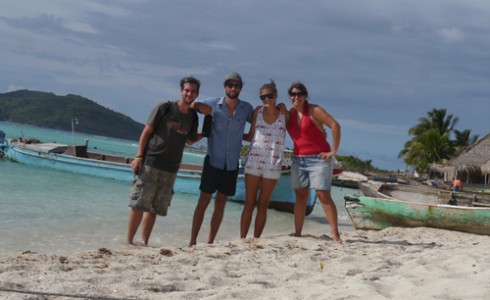 Traveling onward with our new amigos we headed to Honduras. After a very nauseating 3 hour boat ride we arrived at a port and went through immigration. We all were tired and wanted to get to our final destination so instead of catching 2 buses we opted for a taxi straight to the taxi driver’s recommended hostel. What followed was the most terrifying car journey of our lives: the driver drove at lightning speed, swerving in and out of traffic and overtaking several trucks in a row often around blind corners and sometimes having to break suddenly as to not hit on coming traffic. All 8 of us (we made friends with an American couple on the boat) were relieved we’d lived through the 4 hour horrific experience! So relieved in fact that we (stupidly) agreed to spend $8 each to sleep in what effectively was a hallway full of mosquitoes next to a broken toilet, just so we wouldn’t have to get back in the taxi of death.

To celebrate this award winning accommodation (haha!) we decided to head into town for a few drinks. Le Ceiba proved to be an interesting mix of crack heads and whores. After refusing both (we promise) we ran back to our hallway, praying that we wouldn’t get malaria/murdered. It was not a peaceful sleep. The next morning we caught the first boat out of there to an island called Utila.

As soon as our feet hit land we were surrounded by people telling us to visit their hostel, promising a free night and boasting about their diving packages. We spent the afternoon searching for the best deal (we found a cracker, that came with cheap diving plus a lovely hotel complete with it’s own pet monkey). J, Ben and I signed up to do our PADI (it’s the cheapest place in the world to do it, we couldn’t say no!), then we spent a couple of days exploring Utila before our dive course began.

As if we haven’t had enough Monkey action 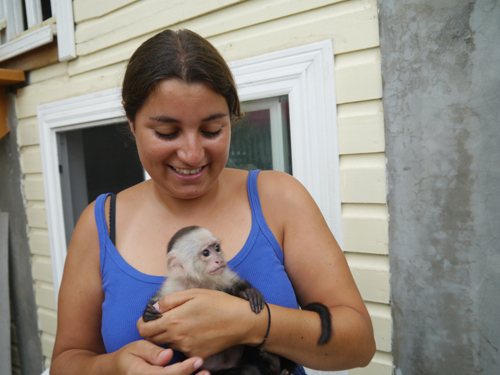 A trained monkey handler at work

J strikes a pose, I think he’s the one on the right

The highest rated bar in the world according to the Lonely Planet – 16 years in the making!

More of the best bar! 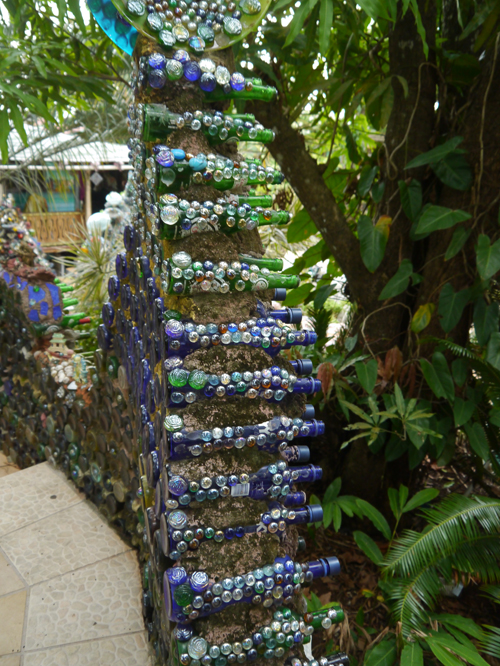 Bits of broken glass, plates, whatever, meticulously glued to the walls 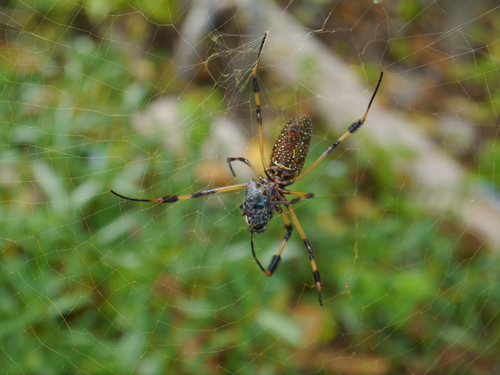 A spider we found on the beach 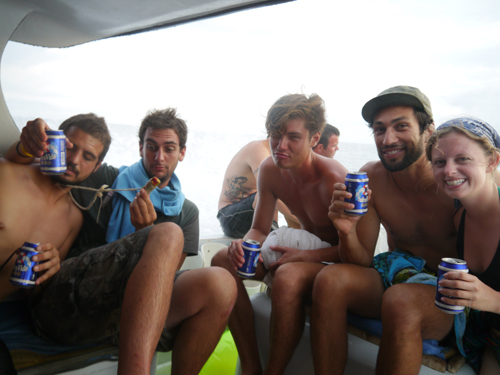 The private island we were off to

The dive course got off to a slow start, some very boring videos, some quizzes (which Ben and J copied from me) and lessons on the basics of diving. Our confined water dive went OK apart from when I accidentally dropped the weight belt and started floating up to the surface while the panicked dive master and assistant had to lie on me to reattach it (oooppppss!). Our first open water dive couldn’t have been in worse conditions either: the sky was black with angry clouds, it was raining and it was more than a little choppy! Luckily for us, as one assistant put it, “it never rains underwater” (this man is a GENIUS!) so once we were underwater the weather was not a problem. It was a cool dive and after my ears finally equalized, we completed all our skills. One Canadian in our group was rather sea sick (more likely severely hung over) and quit his dive course there and then. Of course we were all very sympathetic and didn’t make fun of him at all ;).

When we weren’t diving on Utila we spent our time trying to find the cheapest place to eat, which resulted in mass baliada consumption from street vendors (a baliada is a massive fajita with veg or meat and beans) . Utila was basically an island where people dived in the day and got drunk in the evening (every evening). It was like dive university, although I don’t think Ben and I could have stayed longer than 8 days as I couldn’t keep up (not 18 anymore!) and Ben couldn’t stop. So we prized ourselves away from ‘the island you can never leave’ and headed west along the Honduran coastline. We found (actually the boys found) the most amazing hotel ever, 2 pools, ac and right on the beach for just $10. It put the hallway to shame, although this isn’t hard to do. We grabbed dinner at a nearby hotel ran by 2 of the craziest people ever and ate ‘the most amazing burger in the world’ according to the lonely planet travel guide. It was pretty good.

The next morning we traveled to some more gorgeous islands and snorkeled over beautiful coral. We stayed on our own private island, a tiny place with no electricity or running water. We spent the day sunbathing, swimming and eating homemade meals cooked for us by the only couple that live there. This was the highlight of Honduras! We might have had another one of those burgers before we left for Nicaragua. I mean “best burger in the world” we had to! 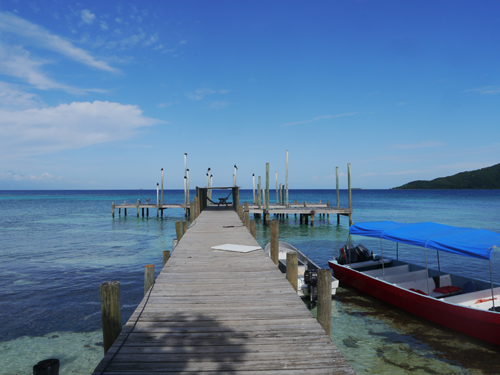 The dock on our private tropical paradise 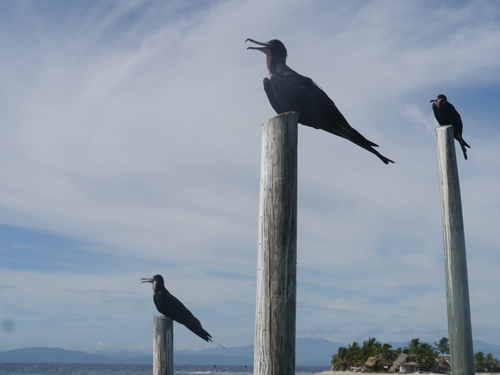 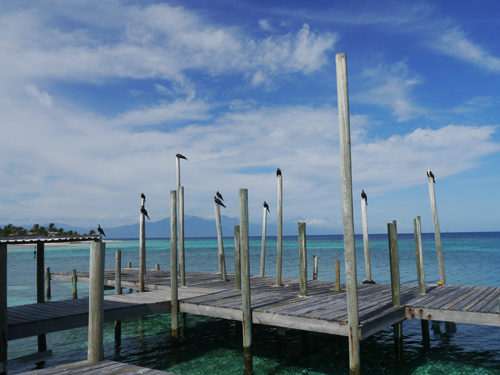 Birds on the dock in paradise

A room with a view!

A tree Ben chopped down with his bare hands for firewood

Tam doing what she does best

The cutest pick-pocket in the world 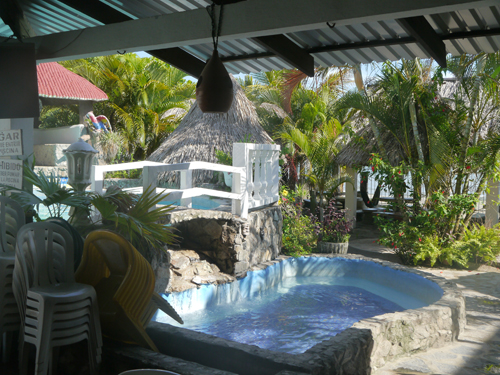 Our posh hotel on the beach