If only we could hike a volcano every day! 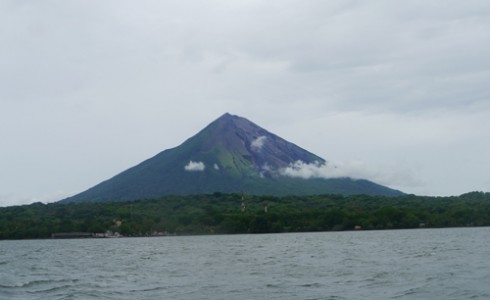 Its fair to say I had no idea we would be traveling through this country (yes, yes my geography is shocking, even though I have a degree in it). After meeting a lovely brother and sister from Holland while we were in Guatemala who had been to Nicaragua, we had a rough plan of where to go and what to do. On the bus from Honduras we met a Swedish couple who gave us maps and a horror story of how they got held hostage in Nicaragua. (don’t worry nothing like this happened to us!)

Armed with far too much information we started our tour in a little town called Leon. The place is famous because it houses the largest Cathedral in Central America. Quite frankly it looked a little average and in need of major restoration! We planned a few days in Leon, walking around and exploring. We spent most of the time eating at different restaurants and then planning where to eat next. 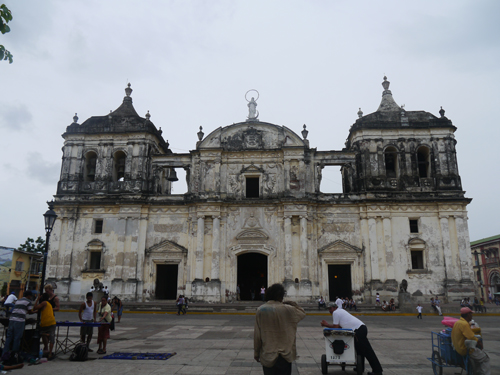 We took a chicken bus to Granada where we would spend the next few days. A chicken bus is basically a decommissioned American school bus filled to the brim with local passengers, food sellers and a handful of very scared looking backpackers. There is only enough room to sit sideways (as the bus was originally intended to take small children) and often someone is practically sitting in your lap as the aisles are packed with people struggling to balance as the driver erratically stops and starts to let anybody on at any time. The words ‘bus stop’ or ‘full capacity’ have no meaning here.

Granada is a beautiful city that came alive at night with street performers, musicians and dancers. We treated ourselves to a lovely hotel with a massive pool. Again, we spent the time eating and deciding where to eat! Oh and swimming.

Next up was a place called Ometepe: an island formed from two volcanoes surrounded by lush rainforest. It was beautiful! Feeling far too relaxed we decided to book a hike up Nicaragua’s second highest volcano: Concepcion. Now many of you know the enjoyment I get from physical exercise (yeah right!) so I can tell you I was more that a little worried climbing this thing, especially with what happened last time I attempted to climb a mountain (broken leg: case in point). I had also Googled the hike and trip adviser stated to only attempt this hike if you are peak physical condition, which i am definitely not!

We had booked to do this hike with a few people from the bus we’d met (the other scared looking backpackers on the chicken bus).  Unfortunately they turned out to be crazy physically fit triathlon winners and so I panted and struggle behind them, trying to look like I was enjoying myself (I wasn’t). Anyway we made it to the top, Ben was super at encouraging me during the 3 hour uphill trek, and we took in the amazing view. It was spectacular but I’m in no rush to climb another one! 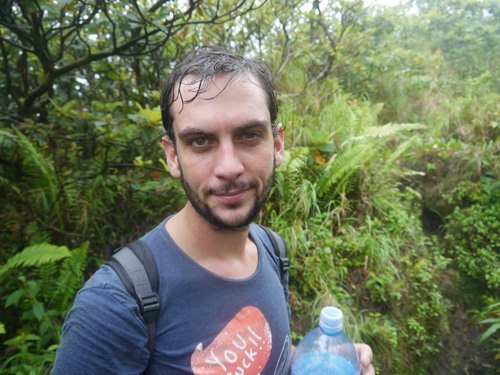 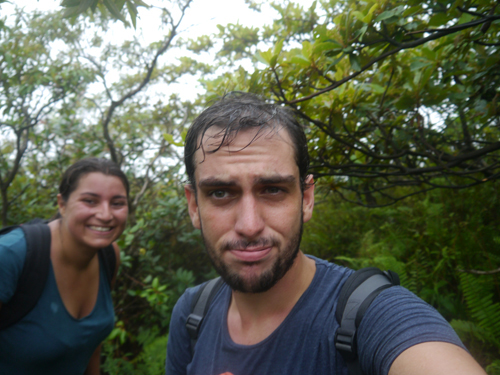 We ARE having a GOOD TIME! 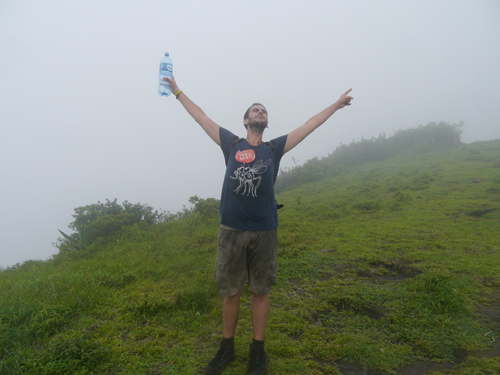 Three hours later.. made it! 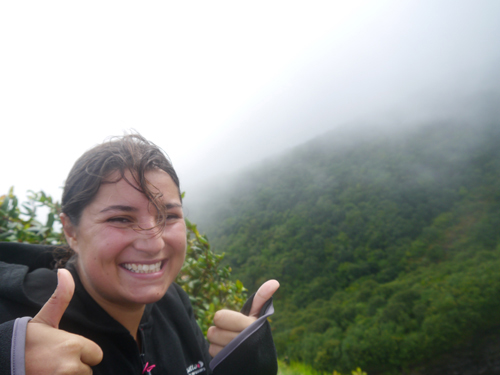 “YEAH! I CLIMBED A VOLCANO TODAY”

We spent quite a while at the top, somehow going back down didn’t seem too appealing

After this rather traumatic experience I demanded some beach time so we took another chicken bus to the other side of the island and booked in to a cute little cottage right on the shore. It was a strange beach as the sand was black and the water was fresh as the island is set within a lake. The waves were incredible and Ben and I had fun trying not to be totaled by them. We bumped into a couple of the mental athletes who were walking by our cottage – off to visit some lagoons or something. “it’s only 7km, wanna come?”. Ben read the expression on my face and politely declined. He knows me so well! 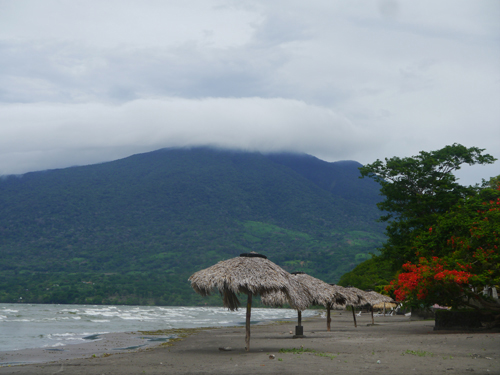 A beach with a view! 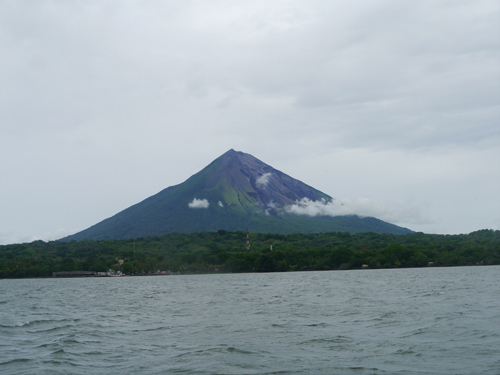